HISTORY OF THE VILLA

György Ráth (1828–1905) was the first director general of the Museum of Applied Arts. Thanks to his art collection, he was considered one of the greatest private collectors of his day. When setting up his collection, Ráth – just like many of his contemporaries – was inspired by interior design.

In 1901 Ráth bought the villa in Városligeti fasor, which he and his wife furnished with artworks. To better suite this purpose, the building was transformed by Géza Györgyi, the staircase railing was made by Gyula Jungfer, an excellent wrought-iron artist at the turn of the century, and the staircase and the furnishings of the hall were made by an outstanding personality of Hungarian Art Nouveau, Pál Horti.

Ráth left all his worldly goods to his wife, Gizella Melcsiczky, who carried out his wish that his art collection be given to the Museum of Applied Arts after his death, with the stipulation that they would form “the National Hungarian György Ráth Museum constituting an auxiliary part of the Museum of Applied Arts, which is inalienable and must be maintained together with its collection”. As a result, the National Ráth György Museum was established in the villa from Ráth's collection. In November 1906, the new attraction in the capital was opened to members of the press in a solemn ceremony, and on 8 January 1907 it was visited by the ruler himself, Franz Joseph I.

The collection was broken up after World War II, following the rise of communist power in 1948, purely for ideological reasons. The proletarian dictatorship considered it potentially harmful to maintain a bourgeois apartment in its original condition, and so singled out Ráth’s collection for eradication.

In early 1954 the building of the Ráth Museum was taken over by the Ferenc Hopp Museum of Eastern Asiatic Arts; the China exhibition was opened and for a while the building bore the name China Museum. The artworks were shared out among different museums such as the Museum of Fine Arts, the Hungarian National Museum, the Hungarian National Gallery, the Ferenc Hopp Museum of Eastern Asiatic Arts and the Museum of Applied Arts. After the change of the political system the museum regained its original name but housed oriental exhibitions until its closure in 2014. György Ráth’s memory was kept alive only by a memorial room furnished in the reconstructed dining room.

In the autumn of 2018 the villa opened its doors again with the permanent exhibition Art Nouveau – a Hungarian Perspective, displaying the finest selection of the Museum of Applied Arts’ Art Nouveau collection. The exhibition also pays tribute to the first director of the Museum, György Ráth. 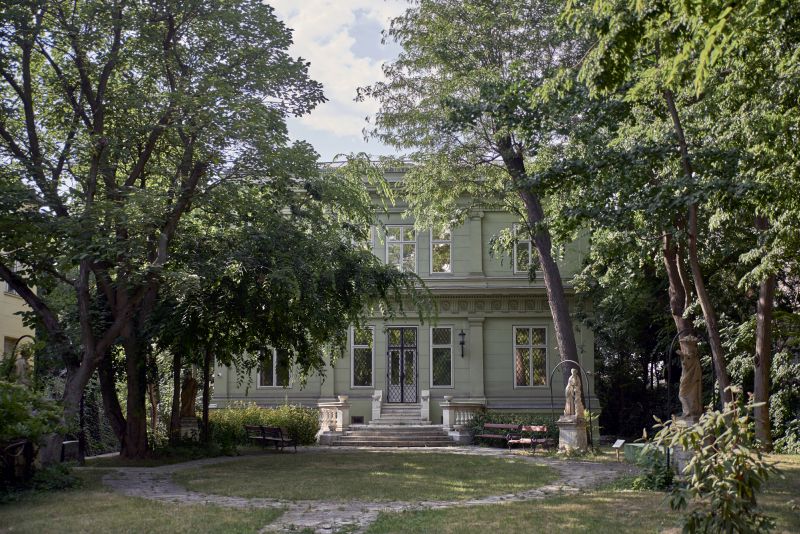