The Hungarian National Gallery is the largest public collection presenting the history of the fine arts in Hungary.
The Late Medieval Wooden Sculptures and Panel Paintings collection boasts fully intact winged altarpieces – most notably the former main altar from the parish church of Kisszeben, which was one of the largest altar constructions in the whole of central Europe. On the ground floor individual works of art are in the majority. These include components of one-time winged altarpieces that now qualify as single pieces of art.
The Late Renaissance and Baroque Art transports us through 250 years, beginning with Mannerist works made in Vienna and Prague, ecclesiastical treasures, wooden epitaphs and tomb sculptures. Early 18th-century art is represented by works by Bohemian, Silesian and German masters, and by those of their Hungarian counterparts who achieved fame abroad.
The exhibition of Nineteenth-century Art displays almost all the major works produced during the national Romantic period. Alongside the emblematic masterworks of historical art hang Biedermeier genre pieces, Hungarian landscapes and some of the best-known exemplars of Hungarian portraiture. A separate room contains the works of Mihály Munkácsy and the greatest innovators in 19th century Hungarian art, and there is a cabinet exhibition Nude Sculptures from the Turn of the Century that displays marble statues from the collection.
The exhibition of Twentieth-century Art before 1945 surveys the most important trends in the fine arts in Hungary from the generation that founded the Nagybánya artists’ colony in the 1980s to the 1940s.
At the revamped display, titled shifts, of Hungarian Art after 1945, visitors can see the latest creations by contemporary artists, as well as works by people who are already regarded as classics of modern Hungarian art. The exhibition presents the art of the last seventy years from three main aspects: the various movements that coexisted, the exhibitions that defined their times, and the links with international trends. 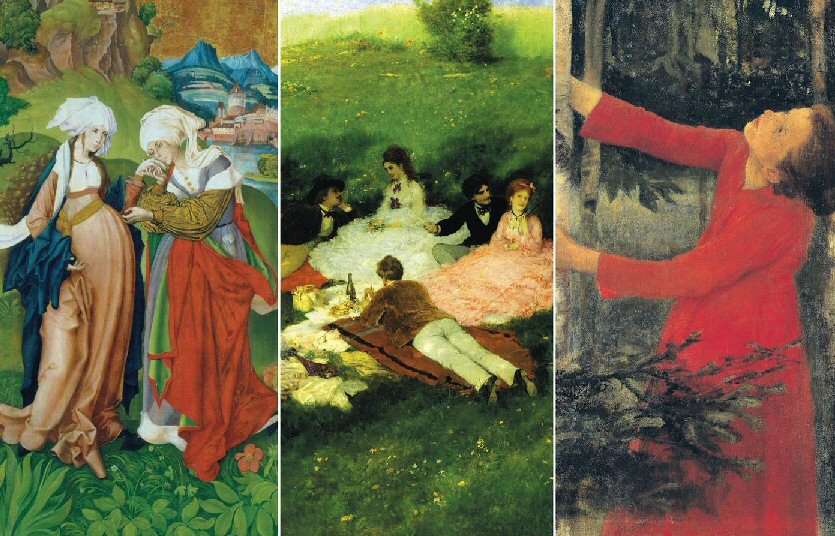