By Venue By Date
Danube Palace

How does Strauss or Liszt sound for symphonic orchestra and cimbalom? Look into the history of Hungary through music! Hungary always influenced the European music life more, than it would be expected from such a small country. Unique folklore music traditions gave inspiration to numerous foreign composers visiting Hungary.
With a repertoire covering musical styles such as operetta, gipsy music and Hungarian-related classical music, the Danube Symphony Orchestra leads the grandiose concert, in cooperation with professional ballet dancers serving as confirmation to the fact that music and dance is inseparable. The program includes operetta songs performed by soloists of the world-famous Budapest Operetta Theatre.
In addition to all, we took the opportunity to include some unique elements into the program; traditional Hungarian folk instrument, the cimbalom and Hungarian folk songs adaptation performed by authentic gypsy band.
A special spectacle is guaranteed on the performance by one of Hungary's famous young artists from the national 'Virtuosos!' Talent Show.

The 90 minutes long concerts (consisting of two 40-45 minute long parts with an intermission in between) take place in two of Budapest's most prestigious theatres; the Danube Palace and the Pesti Vigadó, both in a central downtown location.

Venues:
Danube Palace
The former Casino of Lipótváros, built in 1895, is one of the most famous Neo-Baroque building of Budapest, where world-famous composers like Bartók, Dvorak and Kodály conducted their own compositions. At that time it was known as an aristocratic club for entertainment not a casino in terms of gambling. After the war, since 1951 the building has been carrying out the cultural programs of the Ministry of Internal Affairs.

Pesti Vigadó
Pesti Vigadó, one of Hungary's most famous theatres, was finished in 1864. It was built on the place of its predecessor, which was destroyed following the Hungarian revolution of 1848 as a form of retribution. Following the defeat of the revolution in 1859, architect Frigyes Feszl created a completely reformed, new design for the building. He mixed the Hungarian architecture with Moor, Romanesque and Gothic elements. Feszl's concept gained so much popularity, that it was used on the construction of numerous buildings all over Hungary at the time. Since its opening, Pesti Vigadó was a centre of the cultural life and entertainment in Budapest. It was the venue for the gala dinner in 1867, following the coronation of the Austrian emperor and Hungarian king, Franz Joseph I.
There is a long list of famous composers who performed in its beautiful concert hall, which includes, Richard Wagner, Johann Strauss Jr., Pietro Mascagni, Antonín Dvořák, Claude Debussy, Arthur Rubinstein, Richard Strauss, Sergei Prokofiev, Sviatoslav Richter and Ken-Ichiro Kobayashi. The Vigadó was also the home to the largest amount of Franz Liszt's performances. Pesti Vigadó was the place where the National Anthem of Hungary was performed for the first time, and it was also the venue for the certification of unifying the three cities of Pest, Buda and Óbuda into the city we call Budapest. The building was heavily damaged in the final months of WWII. The reconstructions lasted for almost 35 years, and the concert hall temporarily reopened in 1980. Its latest restoration works continued for 10 more years, when the building finally opened in its current form in the year 2014 to welcome you in its full glory. 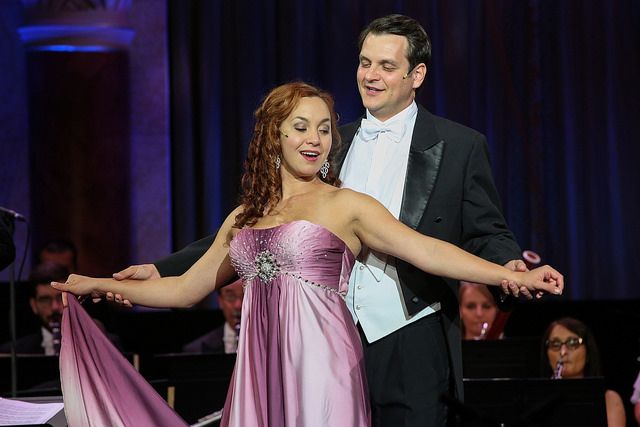 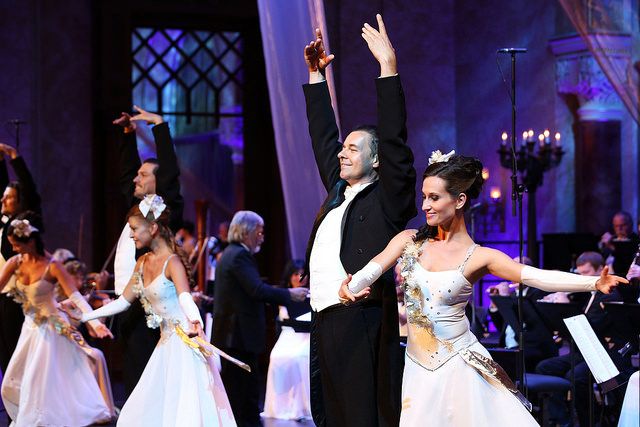 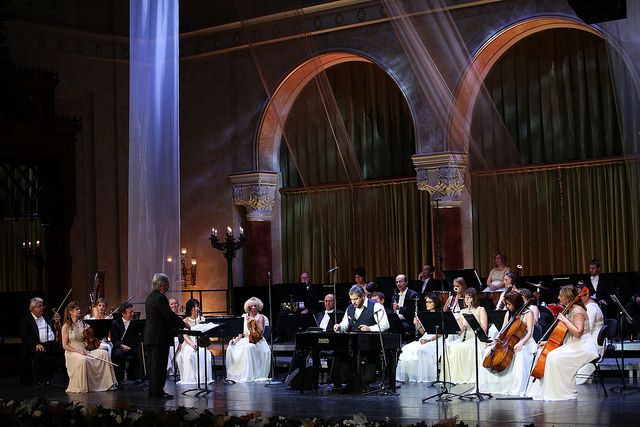 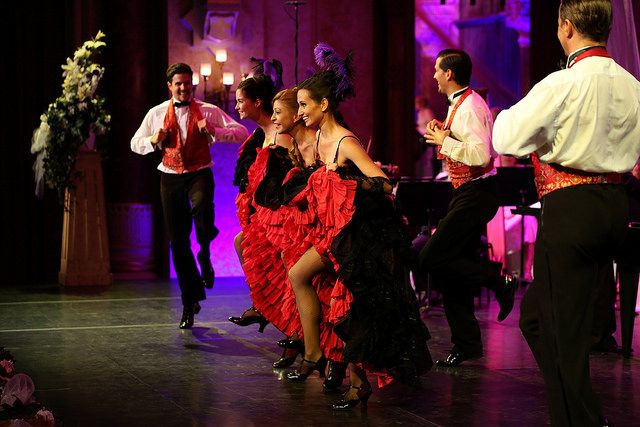 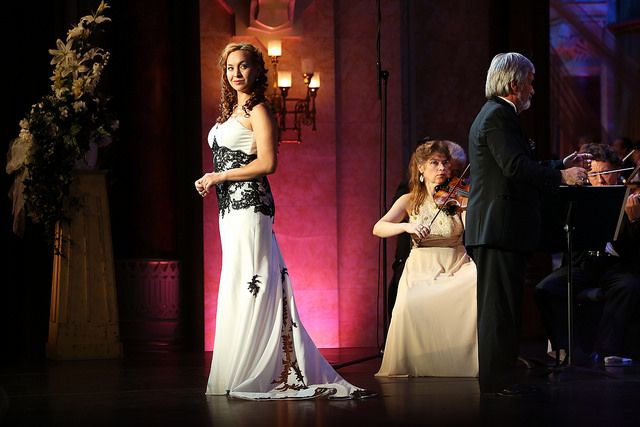 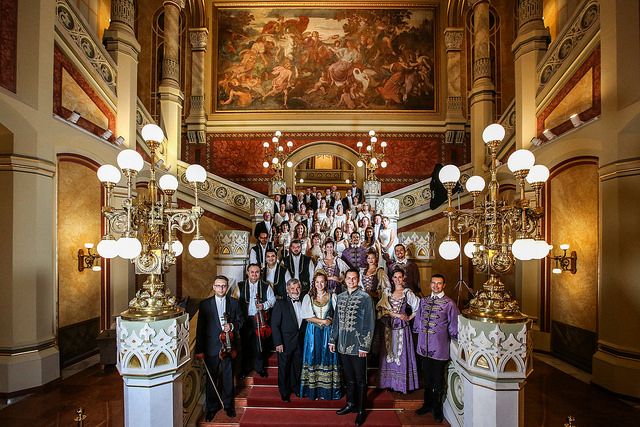 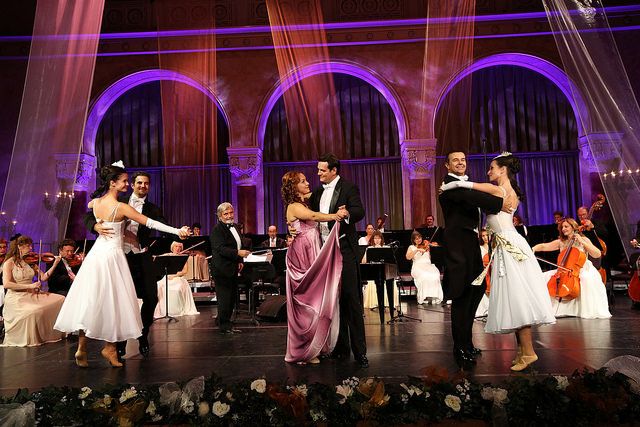 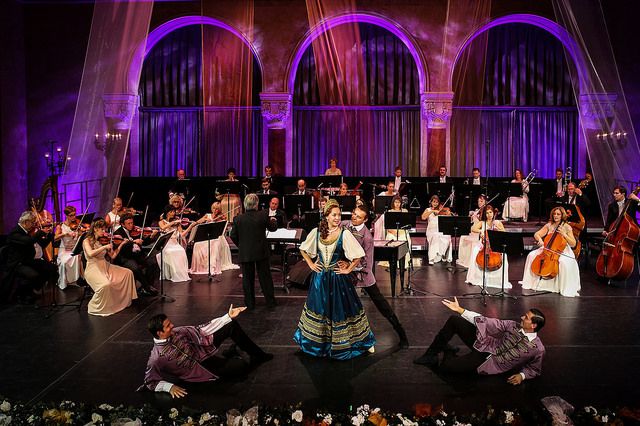 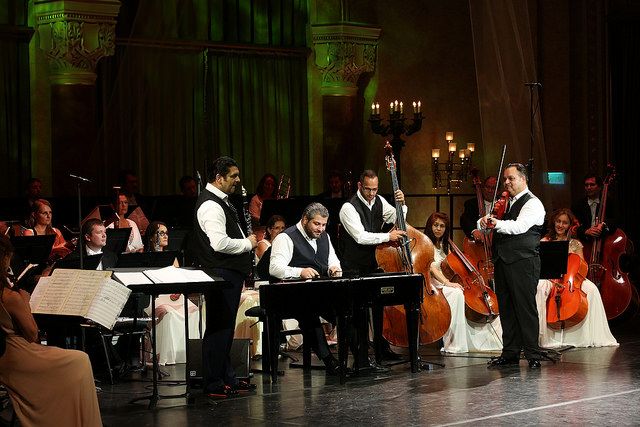 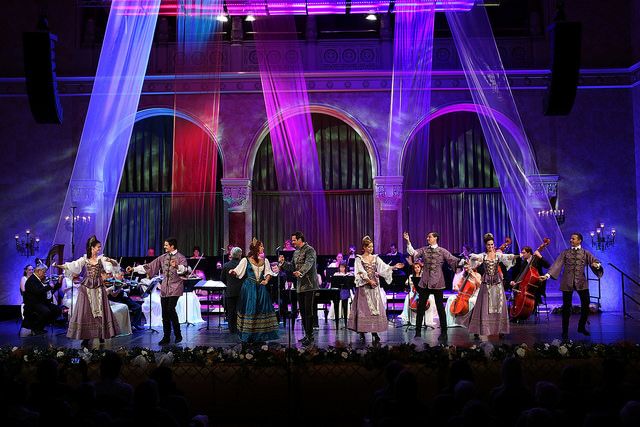