These are two headlines that might have graced Edoardo Sonzogno’s front pages, and it is the Milanese newspaper publisher and his annual opera-writing competition we have to thank for Italy’s two most popular one-act works. The two pieces can be considered twin operas as they have much in common, and the works are probably the greatest examples of the verismo movement of naturalistic operas depicting the problems of flesh-and-blood characters.

The operas are staged by Georges Delnon, the Artistic Director of the Hamburg Opera.

The critics respond:
“During the commedia dell’arte scene, the audience – together with the viewers on stage – could gaze into a magnified window, held wide in the form of a kind of projection screen, in which life and theatre blend together. It was both restrained and effective.” (Rolf Fath, Opera Lounge)

“We came from Munich to see the aforementioned operas, and the directing, the singing and the conducting all filled us with amazement. (…) Unfortunately, Munich is not so close to Budapest, for otherwise we would spend every night in your opera house." (Dr. Eva and Siegmar Riedel, Munich)

One act operas, in Italian with Hungarian surtitles
Age limit: over 14 years 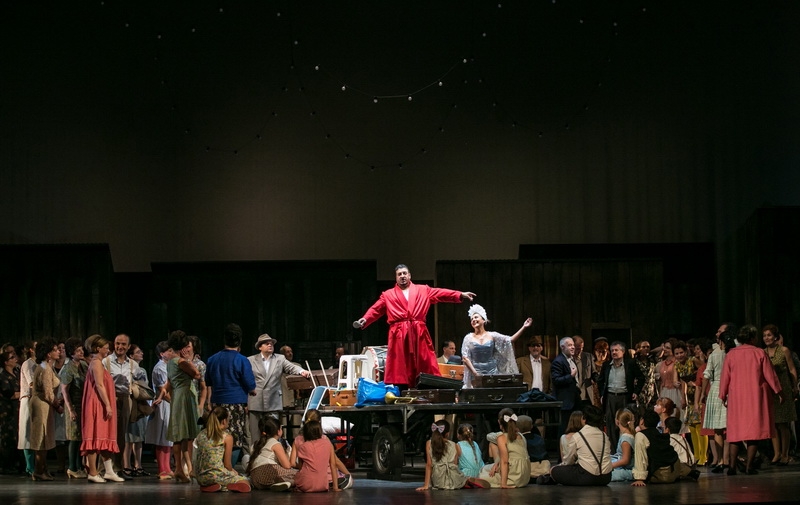