After Il barbiere di Siviglia and La Cenerentola, Rossini's third most frequently performed opera is L'italiana in Algeri. This titillating tale belongs to the ranks of “rescue operas” - a favourite genre of the era that usually stipulated having a beautiful young woman being captured and awaiting torture or death until her heroic beloved arrives on the scene to rescue her. In this case, a resourceful Italian lass is kidnapped by an Algerian pasha yearning for a new wife, and outwits him herself – to everyone else's great satisfaction. The title character, Isabella, is one of the smartest and most wonderful female characters in the entire operatic literature.
This work is being presented at the Erkel Theatre in a production by Máté Szabó.

The critics respond:
“Enchanting and witty music, enjoyable and professional acting-oriented directing (from Máté Szabó), original ideas, and atmospheric sets that bring smiles in and of themselves." (Péter Spangel, Magyar Demokrata)

Opera in two acts, in Italian, with Hungarian and English surtitles
Age limit: over 12 years 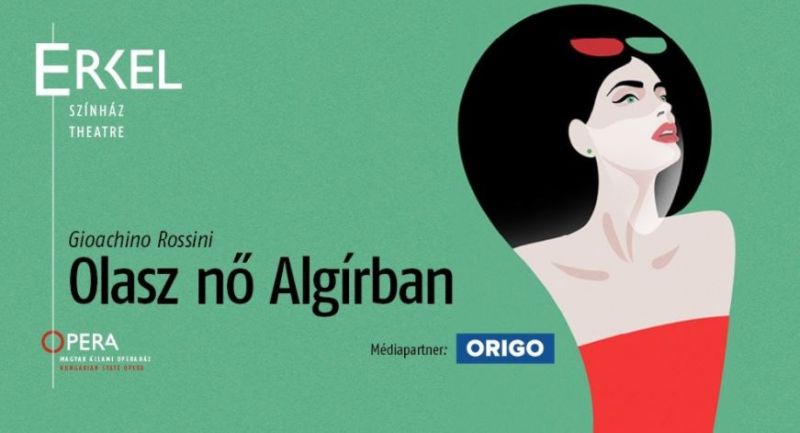 Featuring:
The dancers of the Hungarian National Ballet