It is set in a Romanian-Hungarian-Jewish village in Transylvania. András Bárány, son of a well-to-do farmer, is holding his bachelor's party before marrying the poor but beautiful Rózsi Patkós. However, it turns out that the orphaned Rózsi does not possess the documents required for the marriage ceremony.

At the suggestion of old Mrs.Majzik, local notary Comsa turns to the Kolozsvár Orphans home for more information. Here it transpires that Rózsi is not in fact the Patkós' daughter by birth but was adopted by them. Her real father is the late mill owner Salamon Blum, her mother Regina Weisz who was seduced by Blum and died soon after giving birth. In short, Rózsi, who until now was believed to be Christian, is in fact Jewish!

Shunned by her former friends, the despondent Rózsi is taken in by the philosophically-minded Jewish innkeeper Uncle Herskovics. There she finds a new home and starts studying her new faith. 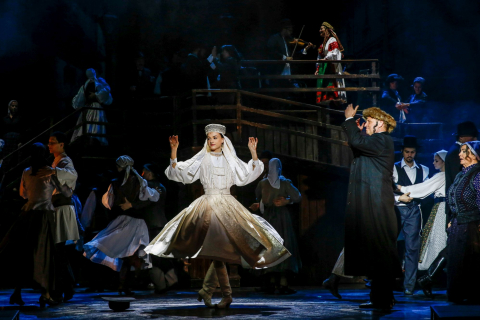