The Mistress Of Manderley

Rebecca made its original author, Daphne du Maurier, one of the most successful writers of the time. A real success story was born in 1938, and it's no exaggeration to say, that the novel is considered as the masterpiece of du Maurier.

The musical's story is told by a naive young woman, 'I'.

In a hotel in Côte d'Azur, she meets Lord Maxim de Winter, whose wife, Rebecca died a mysterious death. After a short courtship, the second Mrs. De Winter moves into Manderley, the cold, unfriendly and mysterious house. It seems that the first Mrs. De Winter's spirit is still haunting the house. The new mistress feels that the housekeeper, Mrs. Danvers watches her every step with constant suspicion and malice. Meanwhile her husband, Maxim seems to sink deeper into the dark secrets of the house. Things get even worse, when they find Rebecca's dead body, drowned in water, and try to figure out what happened to the first Mrs. De Winter.

A real dream came true, when Michael Kunze and Sylvester Lévay created a musical from du Maurier's exciting, almost thriller-like story. Michael Kunze wrote the libretto in English, for the play was to be premiered in London. In the end, the premiere took place in Wien (Vereinigte Bühnen Wien) in the Raimund Theater. The show turned out as a huge success in Wien, and will hopefully continue its triumph in Budapest Operetta Theatre this year. 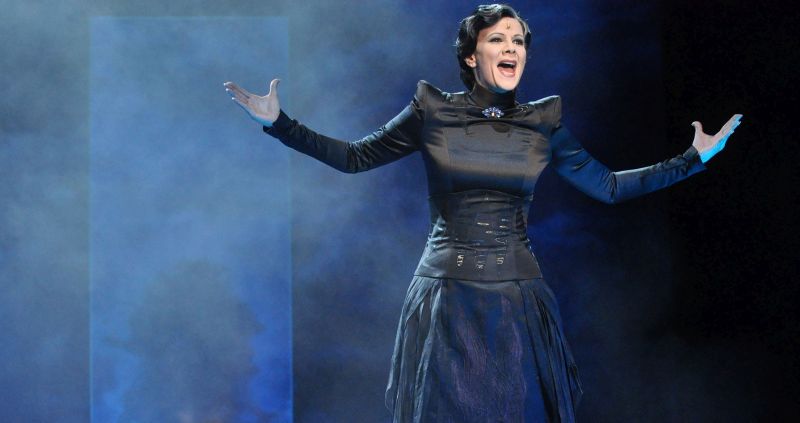